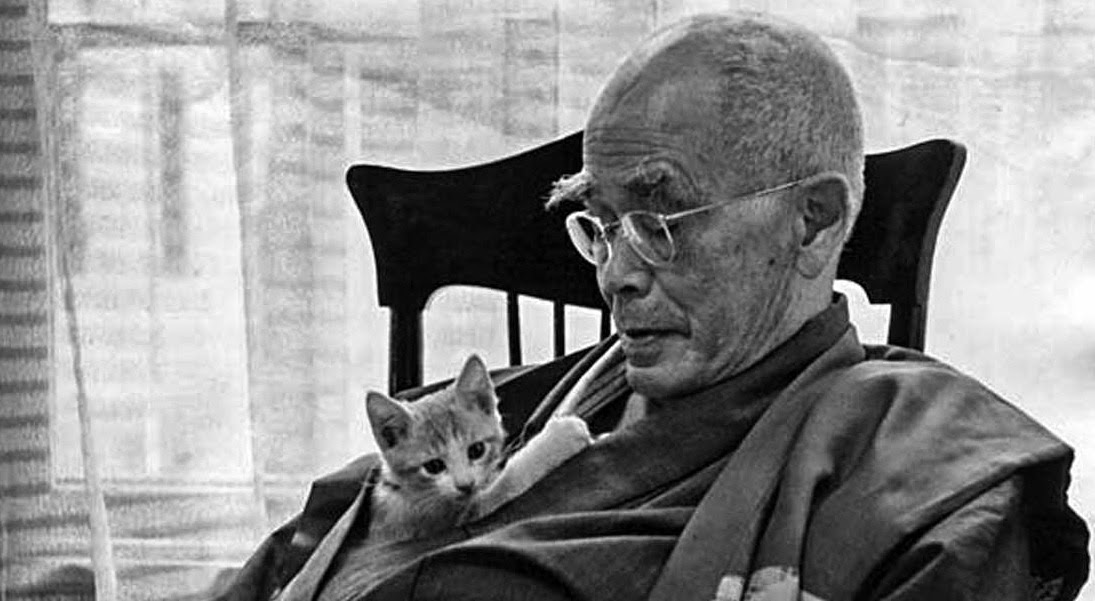 Daisetz Teitaro Suzuki (鈴木 大拙 貞太郎, 1870-1966)
﻿
We generally think that “A is A” is absolute, and that the proposition “A is not-A” or “A is B” is unthinkable. We have never been able to break through these conditions of the understanding; they have been too imposing. But now Zen declares that words are words and no more. When words cease to correspond with facts it is time for us to part with words and return to facts. As long as logic has its practical value it is to be made use of; but when it fails to work, or when it tries to go beyond its proper limits, we must cry, “Halt!” Ever since the awakening of consciousness we have endeavored to solve the mysteries of being and to quench our thirst for logic through the dualism of “A” and “not-A”; that is, by calling a bridge a bridge, by making the water flow, and dust arise from the earth; but to our great disappointment we have never been able to obtain peace of mind, perfect happiness, and a thorough understanding of life and the world. We have come, as it were, to the end of our wits. No further steps could we take which would lead us to a broader field of reality. The inmost agonies of the soul could not be expressed in words, when lo! light comes over our entire being. This is the beginning of Zen. For we now realize that “A is not-A” after all, that logic is one-sided, that illogicality so-called is not in the last analysis necessarily illogical; what is superficially irrational has after all its own logic, which is in correspondence with the true state of things. “Empty-handed I go, and behold the spade is in my hands!” By this we are made perfectly happy, for strangely this contradiction is what we have been seeking for all the time since the dawning of the intellect. The dawning of the intellect did not mean the assertion of the intellect, but the transcending of itself. The meaning of the proposition “A is A” is realized only when “A is not-A”. To be itself is not to be itself – this is the logic of Zen, and satisfies all our aspirations.


(Taken from ‘An Introduction to Zen Buddhism’ by Daisetz Teitaro Suzuki. A review of the book can be found here.)
Posted by G at 12:00 AM