Buddha on the Mantra 'A' 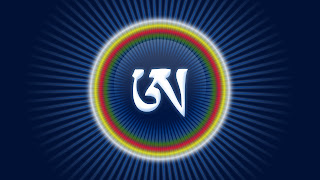 The Sutra of the Blessed Perfection of Wisdom, The Mother of All the Tathagatas, in One Letter

Homage to the Perfection of Wisdom!
Thus have I heard at one time. The Blessed One dwelt at Rajagrha, on the Vulture Peak, together with a large congregation of monks, with 1,250 monks, and with many hundreds of thousands of niyutas of kotis of Bodhisattvas. At that time the Lord addressed the Venerable Ananda, and said:"Ananda, do receive, for the sake of the weal and happiness of all beings, this perfection of wisdom in one letter, A."Thus spoke the Blessed One. The Venerable Ananda, the large congregation of monks, the assembly of the bodhisattvas, and the whole world with its gods, men, asuras and gandharvas rejoiced at the teaching of the Blessed One.

Notes: 'Blessed One' (Bhagava) is a title of Buddha; 'Perfection of Wisdom' (Prajna-paramita) is a class of highly regarded teachings in Mahayana Buddhism; 'Tathagatas' refers to all buddhas of past, present & futture; The syllable 'A' is a meditation object in the Tantric Buddhist schools of Tibet & Japan, amongst other places. 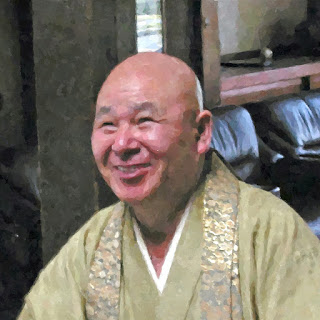 (Zen Master Keido Fukushima, 1933-2011, was head abbot of Tofukuji in Kyoto, one of the most famous Zen temples in Japan. He trained Japanese and foreigners alike, with his wit and insight. A book of his teachings, Zen Bridge: The Zen Teachings of Keido Fukushima is published by Shambhala Publications, and contains many wonderful teachings as the extract above.)
Posted by G at 12:00 AM No comments: