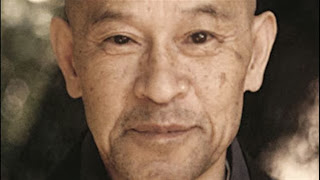 For more on the book quoted above, click here: Review: Zen Mind, Beginner's Mind
Posted by G at 2:56 PM No comments:

So, Buddha, What's All This About Suffering?

Now, the heart of Buddha's message is built on the noble truth of suffering. But what is this truth, and how is it exactly noble? In other words, what's so noble about suffering? Moreover, what use is this teaching to us? Does it help us in any way or is it simply the recognition that life can be pretty awful…and then we die?!

To answer the above questions, it's important to actually define what is meant by suffering by Buddha. As found in ancient Buddhist texts, dukkha is the original word in the Pali language that is usually translated as 'suffering,' but can equally be rendered as 'stress,' 'angst,' 'pain,' 'unsatisfactory' and a number of such variations. It is a word that points to the underlying sense that life is imperfect, stressful, and has many ways to hurt us. Although it can be used to refer to physical pain, its normal usage in Buddhist teaching is to denote mental suffering.

So, why did Buddha call suffering a noble truth? Well, it's a truth in the sense that it's a universal fact of life. And it's noble because through understanding this truth we can cultivate the wisdom to reduce or even end suffering and achieve the raison d'être of Buddhism - nirvana, or 'enlightenment.' Some translators prefer to translate the Pali word for noble - ariya - as 'ennobling,' emphasizing the dynamic aspect to this process of awakening. And this is crucial: Buddha's teachings aren't merely to be memorized and recited, clung to as holy doctrine, but reflected upon, and realized as true in our lives. The noble truth of suffering exists for this very purpose.

Looking back at the list of sufferings above, if we ponder them for even a short time, their propensity for stress will surely be most apparent. Birth is a stressful time for both mother and child; the mother screams in annoy & the newborn baby cries in shock at having been ejected into this world from the safety and warmth of the womb. All things are in a state of decay; cells decay and are replaced by new ones, people decay as we age and eventually become decrepit.Death is a painful time for the one that is dying (unless it's a extremely quick death, and there's no kind of afterlife), and the loved ones that witness their demise.

Feeling sorrow is obviously stressful, as is lamenting another's death. Pain normally goes hand-in-hand with suffering as does grief and despair; all negative states of mind that people go to great lengths to avoid. Not getting what one desires is also a cause for suffering. We want a new car, lover, laptop, house, etc. but can't get them - and suffer. Moreover, this works in reverse too, for not avoiding what we don't want causes stress swell. Stuck in the company of someone we really don't like can be anything from mildly annoying to downright insufferable! Getting a big bill through the post we weren't expecting can be pretty stress-inducing too, as can having a physical ailment that we'd rather avoid.

The five groups of aggregates referred to are the way Buddha summed up human experience - the body, feelings, perceptions, mental formations and consciousness. The body covers, well, the body, whilst mental faculties are covered in the other four groups. By consciousness is meant that which conscious or aware of any of the other aggregates, so when we see something, we are aware of seeing it. When we are unconscious, this aggregate is not present, and we experience and subsequently remember nothing.

Buddha describes feeling as positive, negative or neutral arising in response to mental or physical stimuli - see a beautiful sunset and a positive feeling will occur, think of your least favorite relative and a negative feeling arises, think the word 'spoon,' and probably a neutral feeling will result. (Unless you've previously had a particularly bad experience with a spoon!) The aggregate group of perception includes memories, so when we see a sunset, we recognize the sun, the horizon & the sense of beauty. Mental formations covers just about everything else, including concepts, ideas and specific emotions. This includes Buddhist teachings such as the five groups of aggregates.

At this point it's pertinent to point out that the noble truth of suffering is the first of four such truths. If Buddha's teaching stopped here, then it might enable us to cultivate a kind of stoicism to put up with all this suffering, but it wouldn't offer a way out - and this is exactly what Buddha claims following his way can help us achieve. The second truth is that suffering is caused by desire; the third states that the end of desire is the end of suffering; the fourth noble truth is the way to achieve this liberation from suffering. In this brief article, there isn't space to explore these other noble truths - they will be examined in later reflections, opportunity permitting. Needless to say, in the light of these further truths, establishing understanding of the noble truth of suffering will establish a firm foundation for the cure to all the stress in our lives. Observing and recognizing suffering in our lives - with a calm and detached meditative mind - is the beginning of the path to awakening. Walk on!

Related posts: Buddha on Suffering, The Four Noble Truths.
Posted by G at 12:00 AM No comments:

What is the noble truth of the origin of suffering? It is craving, which renews being, and is accompanied by relish and lust, relishing this and that: in other words, craving for sensual desires, craving for being, craving for non-being. But whereon does this craving arise and flourish? Wherever there is that which seems lovable and gratifying, thereon it arises and flourishes.

What is the noble truth of the way leading to the cessation of suffering? It is this noble eightfold path, that is to say: right view, right intention, right speech, right action, right livelihood, right effort, right mindfulness, and right concentration.

The above description is credited to Buddha, and is taken from the Tripitaka (Buddhist scriptures).
Posted by G at 12:00 AM No comments: