Nyogen Senzaki on "This Sameness" 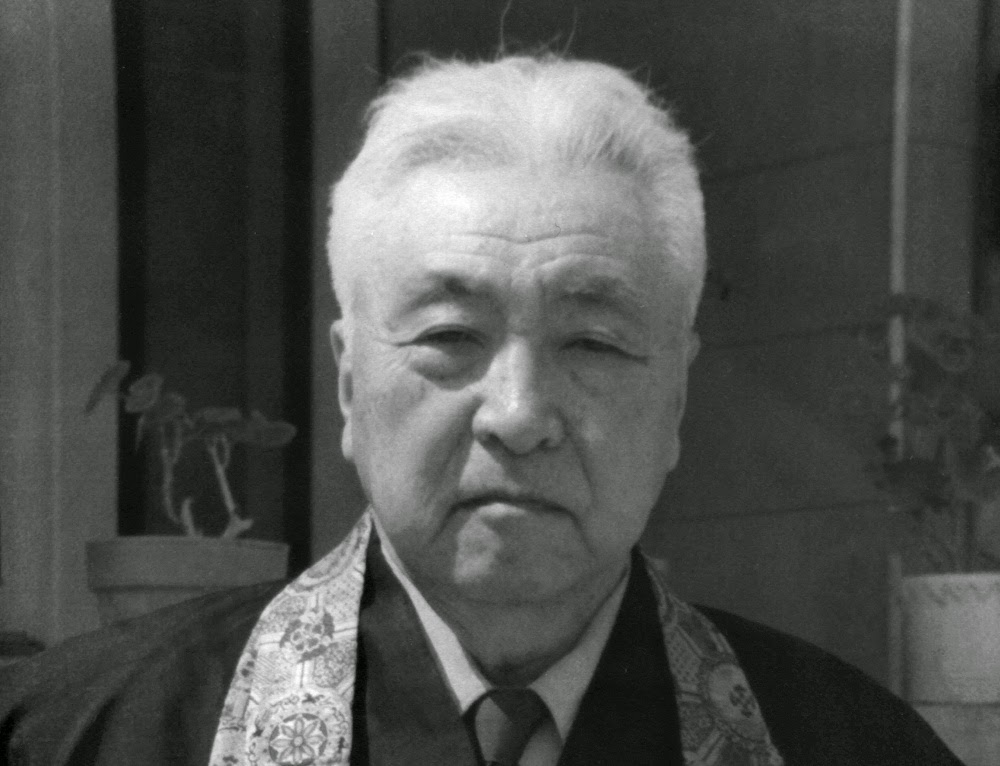 
The universe may also be seen from the standpoint of another threefold classification: the three so-called “worlds” of desire, the material, and the nonmaterial. “God,” “Brahma,” or “Allah” all belong to the world of desire, since they are nothing but the postulation of human desire.
These three worlds constitute the substance of the universe. Just as there is nothing to be called the substance of this pencil except graphite and wood, so there is nothing in this universe apart from these worlds.
Sometimes we include in the substance of the universe something that is not classifiable in terms of these three worlds – something like the “soul,” for example. The way this comes about is that we cling to a certain aspect of something and, in order to explain it, postulate some kind of substance existing outside of that aspect which, we presume, makes,  rules, and governs it. In this way we arrive at the idea that there is such a thing as a soul, which is somehow responsible for mental and physical processes. Nonsense! We’ve never had such a thing, nor will we ever have such a thing!
Our body is nothing but a part of the material world, and our mind is nothing but a group of desires, a power of grasping in the world of desire. So-called “desire” is a function of the nonmaterial world. Because the material world is nothing but another form of the nonmaterial – a fact proven by modern science, which has shown that groups of matter are merely different groups of electrons, these in turn being nothing but a certain energy form – our mind and body are not two different things, but just one substance with two aspects. Moreover, the same relation which obtains between your mind and your body obtains between your body and the whole universe – and between your mind and the minds of all sentient beings. So you see, the worlds of desire, of the material, and of the nonmaterial are one.
This sameness is absolute and infinite. To avoid the possibility of misunderstanding, however, we speak of this sameness negatively, calling it “nothingness” or “nirvana.” If you are enthusiastic about returning to your long-lost home, and if you strive in deep, constant meditation, all of you will attain realization and acquire nirvana without fail. For the Buddha said: “Nirvana is visible and present; inviting all to come and see; leading to the goal; intelligible to the wise; each for oneself.”
(The above is extracted from a wonderful book called ‘Like a Dream, Like a Fantasy’ which contains the teachings of Nyogen Senzaki, and is published by Wisdom Publications.)
Posted by G at 12:00 AM