A Second Experiment in Awareness 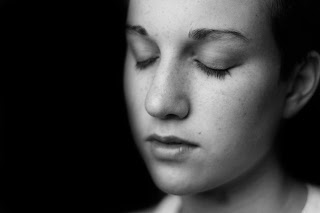 Following on from a previous post that featured an experiment in awareness, here’s another (albeit brief) exploration of what the British philosopher Douglas Harding called ‘seeing who we really are’. The previous experiment focused on awareness in relation to the visual sense, this one features the auditory sense.

• Close your eyes. Listen to an external sound, maybe a dog barking or traffic passing by. Notice its volume level, its pitch, and whether it’s constant or intermittent.

• Next, focus awareness on another noise, this time something closer to you; perhaps music, voices, or a whirling fan. Again, take note of the specific characteristics of the sound, observing them one by one.

• Now listen to a sound emanating from yourself. Your breath will do, as it enters and exists from your body. How loud is it? What’s its tempo: is it long and slow or short and swift.

• Finally, turn your attention to that in which all these various sounds occur in. Can this said to be loud or quiet? Intermittent or constant? Is it fast or slow? Here, all audible phenomena arise in a silence. That they have particular qualities is the very stuff of what they are made of, but the silent awareness in which they are born, live and die is peace itself, a tranquility that hosts everything.

This experiment is one of many pioneered by Douglas Harding, a wonderful man that I had the pleasure to meet several times in the Nineties. He himself continued to tour the world promoting ‘seeing who we really are’ to anyone who showed an interest well into his own Nineties, passing away at the ripe old age of Ninety-seven in 2007. His vigor and enthusiasm for what he also called ‘in-seeing’ – in this instance ‘in-listening’ might be more appropriate – reflect some of the benefits of practicing this technique in mindfulness.

Buddhists, if we are open-minded to the experiments and their results, can find great use in them. They naturally lend themselves to everyday mindfulness, enlivening each and every moment that the space here is paid attention to, as well as being conducive to meditation practice. Sitting and just looking at the spacious awareness to all that is seen, or listening to all that is heard, is a simple and insight-producing activity. It reveals something about our nature, as it is in this very moment, rather than from reading a book or philosophizing (as useful as these endeavors can be).

What exactly does it reveal, however? It shows that beneath (or alongside) all the things that exist in human experience, whether they be visual, auditory, mental or whatever, there is this peaceful knowing that not only is aware of everything, but is also somehow one with them. This means that whatever distracting or upsetting things are happening in awareness, awareness itself remains no such thing; it is the no thing that is host to all things. Isn’t it worth a look – or a listen?