Shodo Harada on the Eye of Emptiness 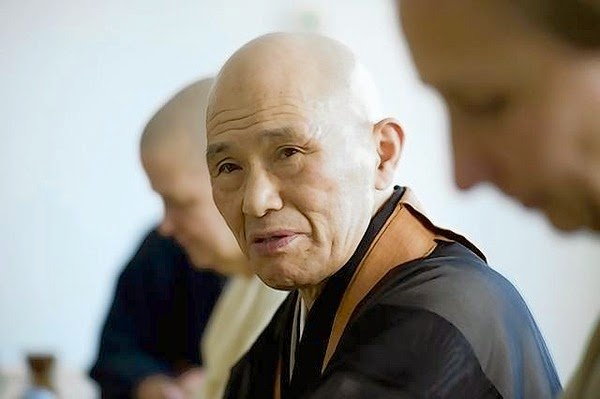 Twice the terrorists have attacked London, and even now the horror of those attacks has not allowed life to return to normal. The fear continues. Those who were killed were written about in the paper, while those who survived are filled with the possibility of their own deaths.  It is said that humans can become buddhas, but they can also become devils. Those possibilities seem apparent when something like this happens.

When people, through no fault of their own, are killed by those who are so dissatisfied and discontent, the entire world becomes a battlefield. When people are under severe pressure, their dissatisfaction can explode. Then hate gives birth to hate, anger gives birth to anger. There is no solution to this. When someone wants to kill people in great numbers, there’s no way to prevent it or to prepare for it.

If we look at human eyes, there is no question that we are animals. The heavenly eyes see things that are far away; they have no perception of a physical body. Eternal eyes see humans as they really are, in true emptiness; these are the eyes of wisdom. Dharma eyes are those that see the emptiness and see this world and humans as beautiful; these are the eyes of the artist. The Buddha eyes see all beings as our own children, to be loved from pure compassion. To see everything as empty and every person as our own child is to love everything dearly. To open the eye of compassion is enlightenment or satori.

Shodo Harada is a Zen priest and abbot of Sogen-ji Zen temple in Okayama, Japan. The above extract is from the wonderful ‘The Book of Mu’ edited by James Ishmael Ford & Melissa Myozen Blacker, and is published by Wisdom Publications.
Posted by G at 12:00 AM No comments:

Just as rain breaks through
An ill-thatched house,
So passion penetrates
An undeveloped mind.

Just as rain does not break through
A well-thatched house,
So passion never penetrates
A well-developed mind.

Raga is a key concept in Buddha’s teaching. It can be translated s ‘passion,’ ‘desire’ or ‘attachment.’ It denotes passion for things that lead to stress or suffering (dukkha). As such, it is one of the three poisons or three unwholesome roots, a basic teaching of Buddhism. The other two poisons are aversion (dosa) & ignorance (moha). A synonym found in Buddhist texts for raga is lobha, which means ‘greed.’

Recognising passion is or greed within ourselves is the crucial first step towards understanding it. When understood, passion can then be let go of. This relinquishing of passion is part of the awakening process, and when combined with the letting go of aversion & ignorance it results in the ending of suffering. This state is known as nirvana, the ‘snuffing-out’ of the three poisons, and it is the ultimate goal of Buddhist practice.

An important note here is not to confuse the term ‘passion’ when used as a translation for raga with some of the ways the English word is used in everyday life. Passion can denote enthusiasm for something such as a good cause. When warning us of passion (raga), Buddha is referring specifically to attachment to people & things that lead to suffering (dukkha). This isn’t saying that we shouldn’t have passion for helping those in need or practising Buddhism (for example); it means recognising that passionate attachment that leads to suffering and then abandoning it.

All this may seem fine in theory, but how are we to achieve letting go of passion and the other two poisons? This is where mindfulness & meditation come in. An “undeveloped is  mind” as mentioned in verse 13 above, is one that is unmindful of its workings, whereas a “developed mind” as mentioned in verse 14 is one in which mindfulness & meditation have been cultivated. It is a mind aware of passion, understanding its causes and letting go of them. The initial step in this process is to use meditation to calm the mind to the extent that its workings may be observed with a quiet dispassion. If this stable base isn’t established, it is highly unlikely that the mind will be able to observe itself without getting caught up with, and identifying with, the very passion that it is attempting to observe & understand. With such a well-trained mind, passion can then be explored & let go of using insight techniques.

Recognising & releasing passionate attachment after it has already arisen is an important development in one’s meditation practice. Such skill can be taken further, however, for when well-developed, the mind can recognise the potential causes of future passion before they cause it, avoiding its arising in the first place. Such a mind is then free of the entanglements that tie it to suffering, and can focus on deepening its insight to the point of awakening (bodhi). In this way, “passion never penetrates a well-developed mind.”

The Dhammapada ('Verses of Dharma' or 'Path of Dharma') is an ancient Buddhist text that is said to contain some of Buddha's teachings in poetic form. The first chapter is called Yamakavagga, 'Chapter of Pairs,' and the above two verses are from this part of the book.
Posted by G at 12:00 AM No comments: 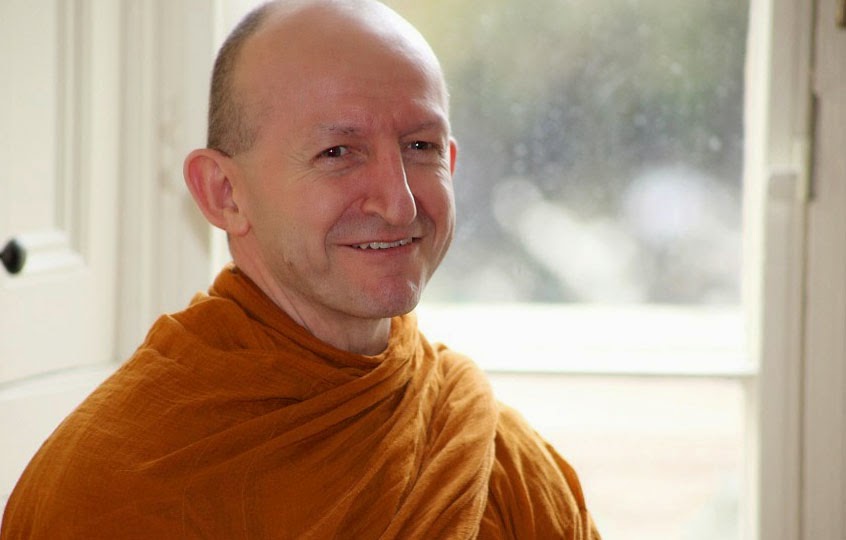 In order to discover the place of non-abiding, we have to find a way of letting go of the conditioned, the world of becoming. We need to recognize the strong identification we have with our bodies and personalities, with all of our credentials, and with how we take it all as inarguable truth: “I am Joe Schmoe; I was born in this place; this is my age; this is what I do for a living; this is who I am.”

It seems so reasonable to think like this, and on one level, it makes total sense. But when we identify with those concepts, there is no freedom. There’s no space for awareness. But then, when we recognize how seriously and absolutely we take this identity, we open ourselves to the possibility of freedom. We taste the sense of self and feel how gritty that is and how real it seems to be. In recognizing the feeling of it, we are able to know, “This is just a feeling.” The feelings of I-ness and my-ness (ahamkara and mamamkara in Pali) are as transparent as any other feelings.


When the mind is calm and steady, I like to ask myself, “Who is watching?” or “Who is aware?” or “Who is knowing this?”  I also like asking, “What is knowing?” “What is aware?” “What is practicing non-meditation?” The whole point of posing questions like these is not to find answers. In fact, if you get a verbal answer, it is the wrong one. The point of asking “who” or “what” questions is to puncture our standard presumptions. In the spaciousness of the mind, the words “who” and “what” start sounding ridiculous. There is no real “who” or “what.” There is only the quality of knowing. And, as we work with this in a more and more refined way, we see that feeling of personhood become more and more transparent; its solidity falls away, and the heart is able to open and settle back further and further.

The above is an extract from the excellent book ‘Small Boat, Great Mountain’ by Ajahn Amaro, which can be downloaded for free from here. Ajahn Amaro is abbot of Amaravati Buddhist Monastery in England and has been a Buddhist monk since 1979, having studied with Ajahn Chah & Ajahn Sumedho.
Posted by G at 12:00 AM 2 comments: