Kukai on the Mantra 'A' 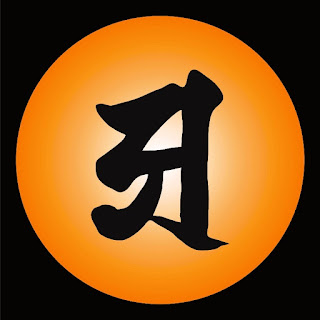 All sentient beings have in the core of their minds a portion of purity which is completely appointed with all practices. Its essence is extremely subtle, clear, and bright, and it remains unchanged even when transmigrating in the six destinies. It is like the sixteenth phase of the moon. When the bright aspect of that phase of the moon meets the sun, it is merely deprived of its brightness by the rays of the sun and therefore does not appear, but from the start of the moon that then rises it gradually waxes day by day until the fifteenth day, when it is perfectly full and its brightness unobstructed.

Therefore, the practitioner of meditation first arouses the brightness within his original mind by means of the letter A, gradually makes it pure and brighter, and realizes the knowledge of non-arising. The letter A signifies the original non-birth of all things.

(Kukai, also known as Kobo-Daishi, 774–835, was the founder of Shingon (Esoteric) Buddhism in Japan.The syllable A is an important mantra in Shingon meditation practice, and is pronounced like the a in father.)
Posted by G at 12:00 AM 1 comment: 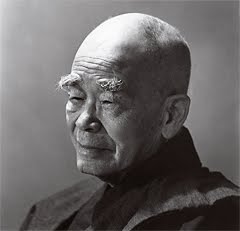 (Taken from 'An Introduction to Zen Buddhism, by Daisetz Teitaro Suzuki, the Japanese scholar credited with introducing Zen Buddism to the West. Joshu (Zhaozhou in Chinese) was a famous Zen master of the 8th & 9th centuries)
Posted by G at 12:00 AM No comments: