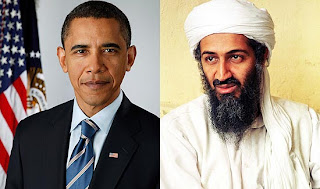 Recently, I’ve been drawn to reflecting on the important Buddhist teaching of paticca-samuppada, variously translated as ‘dependent origination’, ‘conditioned genesis’, ‘conditioned co-arising’, or ‘dependent arising’. It explains the conditioned nature of the self, without reference to a permanent soul or essence. It also explains life without recourse to a creator god, describing how various factors combine to influence present circumstances. A typical description of paticca-samuppada can be found in Anguttara Nikaya 3:61:

We are conditioned beings. Looking at myself as an example, I can see that my thoughts and reactions to certain events are conditioned by my responses to similar previous situations. I respond to the world from the conditioning of my past, influenced by others, but grounded in my habitual responses. Even my being Buddhist is a conditioned state, dependent upon my personality, personal history, intellect, books, and some wonderful teachers, the first of which was the Lord Buddha. Physically, I am conditioned by my parents, by my diet, exercise (or lack of it), and my species.

Extending this insight to others, I can see that my dogs are conditioned by their genes, too, and by the relationships they have with human beings, as well as other animals. They been trained, for instance, to perform certain tricks when they want to eat treats. This is a kind of conditioning. They have been conditioned to go into the garden and heed the call of nature around six-thirty in the morning, which causes smelly problems if there is any major delay in this routine.

Looking further afield and casting our gaze at a figure like Barack Obama, we can see that he too is a conditioned being; conditioned by birth, his life experiences and beliefs to become a Democrat, a liberal - by American standards - and to fear Islamic terrorism. In a sense, we can’t condemn President Obama for being himself – he was made that way. So too was Osmana bin Laden, but he was conditioned very differently from the American President – born in a conservative Islamic state, with very different genes to Barack Obama, and influenced by what he saw as the aggressive acts of foreign (‘infidel’) governments in places like Afghanistan and Iraq. Both men could be said to be doing what they’ve been conditioned to think is best for their respective peoples – yet look at the results! Mixed in with all this conditioning is the will (cetana in Pali). It too is conditioned, of course, but does retain an element of individual choice. After all, you could have two identical twins with near-identical histories but one will decide to eat strawberry ice cream, while the other has chocolate ice cream. Of the will, the Buddha said:

According to Buddhist teachings, action (karma) always has a result, whether it be positive, negative or neutral. Our actions, whether mental, verbal or physical, will have future consequences for us, the nature of which will be dependent on the type of act and the state of the mind, of the will, when we did them. If one is motivated by greed, hatred or delusion, the results of one’s actions will no doubt hurt others, but it will also (eventually) hurt oneself. As many Buddhists chant daily: I am the owner of my karma, heir to my karma, born of my karma, related to my karma, abide supported by my karma. Whatever karma I shall do, for good or for ill, of that I will be the heir.

So, dependent arising doesn’t relieve us of responsibility for our actions, but it does explain much about why we are predisposed to this and not that, preferring this response to any given situation and not another. I am the way I am because of conditions, one of which is being influenced by some great forest teachers – thankfully! Barack Obama is conditioned by his previous circumstances and actions, as was his nemesis Osmana bin Laden. My dogs are conditioned by their canine genes and the training they have received from my wife and I. And you, my dear reader, are conditioned by so many, many things and events, all of which together go to make up the person you are.

The choice that we face now, in the knowledge of all this conditioning, is how we respond to this knowledge. We might become fatalistic, like many Buddhists do, and think that it’s all been decided and that there’s nothing we can do to alter how things pan out. But this is belief in predestination, and the Buddha taught against this kind of fatalism, classifying it as niyativada (the doctrine of fate), which was a teaching that existed in India during the Buddha's lifetime, expounded by a certain Makkhali Ghosala. (It’s interesting that some modern scientists and Christian sects hold the view that everything is predestined, either due to natural conditions or the will of God.)

Most scientists, Christians, Buddhists and others accept that we do have some level of free will; although just how free this will is can be debated. Knowing paticca- samuppada assists our efforts to develop wisdom with regards to ourselves and others. It is, actually, a kind of positive conditioning itself, laying the foundations for further insights to arise in relation to the Dharma.
Posted by G at 12:00 AM

...we could try reading what the ancient texts actually say.

...possibly through no fault of your own...

...everything you think you know about the 12 links (of "dependent origination") is wrong.

You don't have to believe me, but you do have to read Pali if you're not willing to believe anyone:

To be clear, the differences about going through life between other religions and buddhism is that buddhism teaches dependent arising not relying on the notion of accumulated knowledge or personal identity. its a matter of one condition moment by moment, in other religions or humanism, life is full of experience to be learned until death. in buddhism a human being is nothing more than conditioned phenomena whilest in other religions there is a soul. G, do you think free will is as vast as space or there is limit? i think in buddhism free will too is not that infinite because of karma and future conditioning if you did it wrong.

Thanks for your comment, Eisel - and the link to your scholarly article. The allegory of dependent arising as a tide flowing in & draining away is beautiful...and typical of the Buddha's teaching. Ignorance ending first and the other conditioned factors (or links) following suit is how I was taught to understand the process of awakening from identification with the ego-self, from both Western & Thai Buddhists, as well as in my albeit limited understanding of the original Pali. That your scholarly efforts complement actual experience is a wonderful thing.

Thanks again, for your comment, Eisel. I will visit to your blog again in the future. May you & your readers be without suffering.

Anonymous, thanks for the comment.
Do I think that free will is a vast as space? No. But the spaciousness that free will appears in is vast. And recognizing this impersonal awareness & living from it instead of the ego that is G is to step into the unconditioned void...then the results of karma (action) can be seen to play themselves out as the 'tide' drains away...