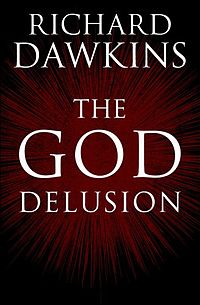 I recently finished reading the British scientist Richard Dawkins’ book The God Delusion. In it, the Darwinian biologist decries theistic religion as being more trouble than its worth, inspiring conflict, bigotry, and ignorance. He cites many examples for each of these points, including the 9/11 attacks to illustrate God-inspired violence, anti- gay tirades by evangelical Christians, and the Creationist denial of the science-backed theory of evolution. He criticizes fundamentalists of any faith who take their scriptures as absolute truth inspired by God, rejecting scientific evidence in favor of dogmatic belief.

Dawkins criticizes those religionists that fill gaps in scientific knowledge with God, giving the example of the as yet unexplained evolution of the eye - although this can be accounted for to a currently limited degree. In a kind of simpleton’s logic, many theists claim that because the eye’s evolution isn’t yet completely detailed, it must have been God that designed and made it! This is a sort of variation on the “God works in mysterious ways” declaration of religionists who can’t explain certain aspects of their own faith.

‘The God Delusion’ also criticizes scientists that believe in God, seeing them as not accepting the full implications of scientific knowledge, instead ignoring those aspects of it that contradict the belief in a supreme deity. In contrast to this, Dawkins promotes a quest for truth that involves open-minded investigation before the facts. So, how does Buddhism fare in all this?

Dawkins himself does not consider Buddhism in the same class of religion as Christianity, Islam and Judaism, seeing it as more of an ethical system or philosophy of life. Indeed, Buddhism is only mentioned three times in the whole book, about the same number of times as Hinduism, and Dawkins doesn’t give a definite opinion on either of them. This appears to be so because as the author admits himself, coming from a traditionally Christian society, he doesn't know much about religions like Buddhism. Never heard of research, Richard? In light of this, I’ll reflect on the ways he writes (and criticizes) monotheistic religion and compare this with Buddhist teachings.

Regarding Dawkins’ criticisms of monotheism summed up above, let’s take a look at Buddhism. Does the Way of the Buddha promote conflict, bigotry, and ignorance as the British biologist says is found in the Bible and the Koran? Well, the Buddha promoted pacifism of course – as did Jesus Christ in the New Testament, arguably – so from the earliest Buddhist texts it appears that it does not promote violence. Regarding bigotry, Buddhism is a famously tolerant faith, the Buddha himself sometimes credited with advising people not to convert to Buddhism but to retain their original faith where appropriate. As for ignorance and deliberately turning a blind eye to any facts that contradict one’s beliefs, the Buddha taught us to investigate for ourselves whether his teachings are true (see below). Indeed, ignorance, or avijja, is seen as the cause of our suffering, and is to be banished with the light of insight.

What of fundamentalism in Buddhism? Do Buddhists take the Buddhist scriptures literally, as absolute historical facts that must be believed in, say as many Christians view the Bible, or Muslims the Koran? Well, some may well do this, but generally speaking Buddhists are encouraged to see ancient Buddhist texts as a set of teachings to reflect on to develop wisdom regarding the impermanent, unsatisfying, and selfless nature of all phenomena. Whether the Buddha actually said or did exactly what it says in the Buddhist scriptures isn’t really the point, therefore. These texts are to be used skillfully and wisely, not clung to dogmatically.

The book contains many more criticisms of theistic religion than the main points reflected on above, many of them controversial, such as the claim that children should not be indoctrinated into their parents' religions. Indeed, Dawkins claims that we shouldn't accept the labeling of child as being Christian, Muslim etc. anymore than as being Republican, Democrat or Communist. An interesting point to reflect upon for any Buddhist. Elsewhere, his stance appears somewhat belittling of religious people, and he seems to take great pleasure in ridiculing them. This contentious nature of the book, and Dawkins' overtly negative attitude to religion in general, has led to much criticism in return. Thankfully, Buddhism encourages us to adopt a somewhat more compassionate attitude to other people!

One way or another, The God Delusion has inspired a lot of reflection in this Buddhist, encouraging the exact kind of investigation into the facts that Dawkins (like his hero Charles Darwin) has based his scientific career on. This investigative spirit is totally in line with the Buddha’s teaching regarding it as ehipassiko, inviting investigation, as opposed to blind belief. For this alone, the book has been a wonderful read, prompting the continued search for the truth of the way things are – the Dharma. I thank Richard Dawkins for this, as well as the Buddha, who has inspired millions of people through the centuries to see the truth for themselves.

‘The God Delusion’ by Richard Dawkins is available both online and in bookstores worldwide.

On the Buddha's advice to investigate religious claims for ourselves, see the following: Reflection: The Kalama Sutta
Posted by G at 12:00 AM