Red Pine on the Three levels of Wisdom 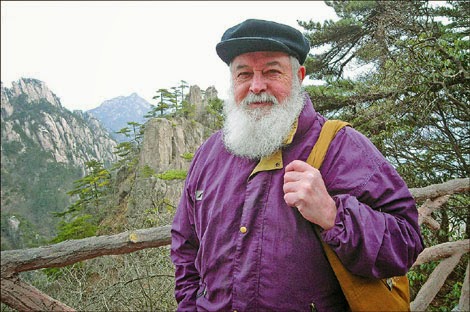 Buddhists distinguish three levels of prajna, or wisdom. The first level is mundane wisdom, which views what is impermanent as permanent, what is impure as pure, and what has no self as having a self. This form of wisdom is common to the beings of every world, and despite its erroneous nature, it is by this means that most beings live out their lives.

The second level of prajna is metaphysical wisdom, which views what appears to be permanent as impermanent, what appears to be pure as impure, and what appears to have a self as having no self. This is the higher wisdom of those who cultivate meditation and philosophy and is characteristic of such early Buddhist sects as the Sarvastivadins. Despite providing its possessors with insight into a higher reality, such wisdom remains rooted in dialectics and does not result in enlightenment. At best it leads to an end of passion and no further rebirth.

The third level of prajna is transcendent wisdom, which views all things, whether mundane or metaphysical, as neither permanent nor impermanent, as neither pure nor impure, as neither having a self nor not having a self, as inconceivable and inexpressible.

While mundane wisdom and metaphysical wisdom result in attachment to views, and thus knowledge, transcendent wisdom remains free of views because it is based on the insight that all things, both objects and dharmas, are empty of anything self-existent.

Thus, nothing can be characterized as permanent, pure, or having a self. And yet, neither can anything be characterized as impertnanent, impure, or lacking a self. This is because there is nothing to which we might point and say, "This is permanent or impermanent, this is pure or impure, this has a self or does not have a self." Such ineffable wisdom was not unknown among early Buddhists, but, if the written record is any indication, it did not attract much attention until such scriptures as the Heart Sutra began to appear four or five hundred years after the Buddha's Nirvana.

To distinguish this third level of prajna from mundane and metaphysical wisdom, it was called prajna-paramita. According to early commentators, there were two possible derivations, and thus meanings, for paramita. InPrajnaparamita scriptures like the Diamond Sutra, it is evident from usage elsewhere in the same text that the author derived paramita from parama, meaning "highest point," and that paramita means "perfection." Thus, prajna-paramita means "perfection of wisdom.'' But we can also deduce from the use of para in the mantra at the end of the Heart Sutra that the author of this text interpreted the word paramita as a combination of para, meaning "beyond," and ita, meaning "gone," and read the m after para as an accusative case ending.

Thus, according to this interpretation, paramita means "what has gone beyond" or "what is transcendent" or, according to Chinese translators and commentators, "what leads us to the other shore." Also, because ita here is feminine, paramita means "she who has gone beyond" or "she who leads us to the other shore," the "she" in this case referring to Prajnaparamita, the personified Goddess of Wisdom.

The above is an extract from the excellent book ‘The Heart Sutra: Translation and Commentary’ by Red Pine, published by Wisdom Publications. Red Pine (pen-name of Bill Porter) is a translator and interpreter of Chinese texts, primarily Taoist and Buddhist, including poetry and sutras.
Posted by G at 11:45 AM