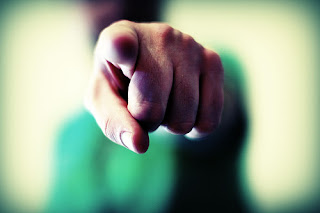 Look & see the place of no-stress!

*Stress is a big problem these days. Stress-related illnesses are common ailments in the twenty-first century. Modern life seems geared towards creating stress in us, whether it's at home, at work, at school, or at the supermarket. We are stressed out with the pressures put on us by our parents, partners, children, work colleagues, neighbors, and just about everyone else. We don't have to meet those that bother us, either: politicians, business moguls, and celebrities can cause irritation (or worse) to us. And it's not limited to human beings, either. Animals such as pets or strays can make us stressed. Even the weather can get us down, raining when we want the sun, dry when we want the rain, etc.

Basic Buddhist teachings center around stress; its existence, its cause, its ending, and the way to achieve this ending. These are called the four noble truths - 'noble' because they lead to enlightenment, or the ending of all stress. In a tradition so profoundly concerned with suffering and its ceasing, its reasonable to assume that many ways have been developed to deal with stress. And this is indeed so, for there are various forms of meditation & mindfulness designed to this end, such as mindful breathing, mindful walking, mantra recitation, chanting, visualization, and plain old 'just sitting.' All of these practices can lead to discovering that spacious awareness that lies behind all our egoistic clinging and related stress. One modern, and it must be said immediate way to this end is called 'seeing.' We'll 'look' into it in this article. (Apologies for that rather weak pun!)

Seeing, or to give it its fuller equivalent, 'seeing-who-you-really-are,' was discovered & developed by the modern British philosopher / mystic Douglas Harding. Douglas - and I call him by his first name as I knew him personally - was not a Buddhist, although he was very keen on some of its teachings, especially some of those found in Zen Buddhism. 'Seeing' fits in with Buddhist practice nicely, however, as it does with any lifestyle, for it is one of those techniques that doesn't depend on specific knowledge or affiliation. It is, however, a very down-to-earth method, as Douglas was a very down-to-earth type of fellow - even if some of its terminology is somewhat, well, bizarre - but we'll come to that later!

In essence, seeing is a mindfulness practice. But, unlike most such methods which focus on a particular object such the breath or a mantra, this technique relies on the viewer observing the absence of any such object. It requires the commitment to take current experience as truth - based on present evidence alone. Thoughts or beliefs as to what one thinks should be experienced or found are a barrier to seeing the whole point of seeing, and if the method is to be benefitted from, all assumptions must be put to one side. Douglas called initial investigations into his technique 'experiments,' as he was very enthusiastic about science and the scientific method. So, having an open mind, and taking what one sees as the truth of this moment are essential to seeing, then, and if you are willing to commit to these undertakings, you are ready to conduct an experiment into 'seeing-who-you-really-are.'

This 'no-thing' or 'no-face' is the 'original face' referred to in Zen Buddhism, which explains why Douglas was so enthralled by the sayings of the great Zen masters. It is the still center at the heart of human existence, and if we identify with it instead of various aspects of our body & mind, we no longer create that clinging desire that is the cause of so much stress in our lives. And, being open capacity for others, we are less likely to create stress for them either, rather being aware of their stress and need for freedom form it. In simple, everyday issues, seeing is a wonderful way to let go of so much stress in our lives, and to avoid creating more of it. It encourages an openness to life that is stifled by constantly acting out of the usual ego-centered lives that we live.

This author first came across Douglas and his amazingly simple method many, many moons ago, not long after taking up Buddhist practice. Indeed, teachings on selflessness, emptiness, interconnectedness, and compassion can make more immediate sense in light of seeing. And, seeing is a radical type of mindfulness that's easily applied to any of life's situations, lending a calm clarity in the face of life's vicissitudes. Over the years, the seeing technique has been returned to again and again, always appearing fresh and enlivening. It in no way conflicts with the Buddha's teachings, and is easily fused with Buddhist practice, complementing Buddhist forms of meditation nicely. There are other Buddhists that use seeing in their practice, too, including monks in the forest tradition found at Amaravati Temple in southern England.

It was mentioned above that some of the terminology of seeing is bizarre - at least from the conventional point of view. Let's look at some of the terms commonly used by Douglas in his books and by users of his method to this day. Seeing is often referred to as in-seeing, emphasizing the act of turning attention around to focus on who's actually doing the seeing - this is fair enough, but it may appear strange to someone unfamiliar with the technique, as well as seeming to ignore outer reality, which it certainly doesn't as everything is contained in this no-thing. Rather, in-seeing simply indicates the direction of attention, from which is seen there's no dividing line between 'in-here' and 'out-there' - it's all experienced here as one, inseparable reality.

Another term that might cause confusion or unease is headlessness. Seeing that there's no face (or head) to be seen here is quite often referred to in this way, and Douglas himself came to prominence as 'the headless man,' after the publication of his breakthrough book On Having No Head. However, it isn't that we don't have a head here - of course we do. I can see your head and you can see mine, but we don't have to live from the self-conscious awareness of as much, with all the self-obsession and neurosis that can accompany it. If we focus on the spaciousness that lies behind these fleshly masks, we're much less likely to be so concerned with our appearance as we normally are. (For those that might take the headless tag literally, just take a moment to feel your face and the head to which its attached: Yes, it can't be seen, but it can be felt.)

So, if we live, moment-by-moment from this seeing, what effect will it have on our lives, and the stress that we experience? Well, if we respond to the people we meet from the point of view of openness, rather than as headed fools, surely both we and those we encounter benefit. If no division is experienced between you and I, we are effectively one, and will work for our mutual benefit, rather than at 'loggerheads.' If this no-thing experiences a speeding car or a rainy sky, it doesn't mean that the walkway or an umbrella aren't sought, but there's no individually-originated stress involved. If the computer appears to be uncooperative and what should be a simple action cannot be completed, there's no desire-born stress coming up. Just an openness awake to its underlying reality, and alert for the endless possibilities life is currently offering. Why not incorporate Douglas Harding's deceptively simple technique into your Buddhist practice - who knows what you'll see?!

*Stress is one way of translating the ancient Indian Buddhist term anatta into English from the Pali language (Pali being a sister-language to Sanskrit). Other, equally valid translations are suffering, unsatisfying, imperfect, painful, angst, dissatisfaction. For the linguaphiles amongst you, it may be unclear why some of these renderings are nouns and others are adjectives - which type of word is the original, anatta? Well, technically, it's an adjective - the noun form is anattata - but in English translations it has been common to use nouns rather than adjectives. Using the important Buddhist principle of skillful means, this author uses whichever works best at the time… and causes the least stress!