I Can't Get No Satisfaction (Dukkha) 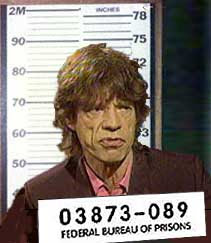 Ever had that sinking feeling?


It’s a funny thing, but it seems to be a common misconception that rich people don’t suffer. The assumption appears to be that because they have loads of money and can buy pretty much anything they want, that they’re never dissatisfied with life. But the truth is that the rich and famous are afflicted with roughly the same forms of suffering that the rest of us are. We might think that this isn’t so, that they can buy their way out of unhappiness, but life doesn’t work out that way; it is full of dukkha. Just think of all the news stories about the rich and famous getting divorced, arrested, going into rehab or prison, or sometimes taking their own lives.

Dukkha is the central problem of human existence according to the Buddha. This word has many possible translations in English, the most common being ‘suffering’ and ‘unsatisfactory.’ Buddhism shows us that life is full of suffering, that it’s innately unsatisfactory or imperfect in nature, and that this is universal for all beings. In his first sermon, the Buddha taught about dukkha, saying that:

So, according to the Enlightened One, being born is dukkha, growing old is dukkha (tell me about it!), and death is dukkha. This life is unsatisfactory from beginning to end, and those moments of happiness that we squeeze out of it are occasional respites from the suffering that marks existence. That ‘grief, lamentation, pain, sorrow and despair’ are all unsatisfactory seems pretty obvious, but the Buddha went deeper in the nature of suffering than this. He stated that along with not getting what we do want, getting what we don’t want is a form of suffering, as is being separated from what or who we like.

Right now, you might be doing something that you really enjoy, like surfing the Net and visiting your favorite websites – at least I hope that’s the case! However, seeded in this moment of happiness is unhappiness, or dukkha, for when the time comes that you can’t log on to your most loved sites, you’ll suffer. Who amongst us hasn’t experienced the annoyance of a slow Internet connection, or a website being ‘down’ just when we ‘needed’ it the most. People can be just as unsatisfactory as technology, for who can say that they’re in a perfect relationship where their partner never annoys them or lets them down? And how about all those times that someone was plain nasty to you, or somebody that you really cared for was lost to you? Let’s face it: life stinks.

Seeing this fact of suffering for myself and realizing that ‘I can’t get no (lasting) satisfaction’ from any thing or person is the beginning of the Buddhist Path. Buddhism teaches that in contemplating the fact of dukkha, and through meditating on the nature of the mind, suffering can be understood and lessoned, even transcended altogether in the realization of Nirvana, or transcendent happiness. Being confused and miserable is not actually caused by the world, but by the mind’s reaction to it; we make ourselves suffer. It’s our responsibility.

The Buddhadharma also leads us to the realization that hopelessness and suffering grow out of our tendency to cling to what we want and what we think should be happening. We then get pushed around by life, because every time something occurs that we don’t like, a state of suffering arises in the mind. Observing this with dispassion and noting its development is an important step in cultivating the understanding that can begin to free us from our self-created torture. It certainly takes a lot of time and effort for most of us, but the resulting peace from such heedfulness is well worth it.

If someone’s mean to us, we usually respond by thinking, “He hurt me, she abused me. How dare they!” Using wisdom to become aware of our responses to the world, we can see how they arise and the effects that they have on our future states of mind. We can see the rebirth, moment-to-moment, of suffering within ourselves. Then, we can make the choice as to whether we wish to continue with this train of thought and feeling, or whether we want to take some control of the mind and train it in the art of happiness, which is achieved through the development of calmness and wisdom through meditation. This is the beginning of walking the to enlightenment, and the real satisfaction that’s independent of fame, fortune, infamy, and failure.

The above post first appeared on the blog 'Forest Wisdom,' which was reborn as this one.

Great points, also be aware that events that are pleasing are also fleeting (i.e. my headache is gone, I posted bail, etc.). I think this is equally and sometimes harder to be aware of, when dukkha is temporarily suspended and we feel all is going well . . .

As written in the post, seeded in happy experiences is the suffering that comes after they end. Suffering is indeed inherent in both pleasant & unpleasant experiences.

A fitting entry for this time, when a good number of people in the world are trying to puzzle out the enigma of Michael Jackson--a man whose suffering was surely commensurate with his fame.

Yes, Peter, and an excellent example of how a famous personality like Michael Jackson can be the subject of Buddhist reflection. His life & death can be of much use to those who wish to contemplate suffering.