A Buddhist Reflection on Listening 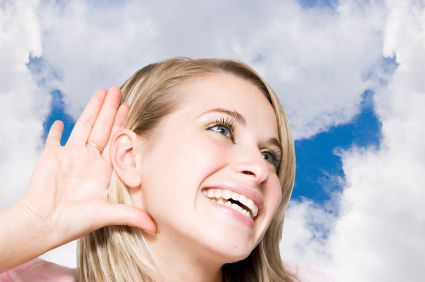 There are different levels of listening that normally we do not explore or even know of that well. This is because we’re so caught up in the world, with its many, many distractions that our desires feed on, sustaining themselves and begetting more desires. We’re too busy to stop and listen to the world around us, including the people we meet. In fact, we’re usually too preoccupied to listen to ourselves, never paying attention to these bodies and minds that we take to be our selves. If we do manage to wriggle free of the entanglements of the passions for a moment, however, we can learn to see things as they truly are and not as we take them to be. We can learn to listen.

Listening to the world: The visual sense is predominant for most of us, most of the time. We rely on it to identify and negotiate the world around us, and in doing so build up our worlds of delusion upon it. We see, we want, or we see, we dislike. Vision is so caught up in our desires and misconceptions of this life that it can take another sense all together to challenge those misconceptions. If we close our eyes right now and simply listen to the world, we can open the door of wisdom. What can you hear in this moment? I can hear insects in the tropical evening, as well as music flowing from the stereo speakers in the room that I’m writing. These sounds aren’t full of desire or delusion in them selves, are they? They’re simply what they are: sounds. It’s what we think and feel about them that make them appear pleasant or unpleasant, desirable or undesirable.

Listening to others: So often in life we don’t really listen to each other. We wait for the other person to cease talking so that we can air our views and opinions (no matter how misguided they may be). We don’t make the effort to actually listen to the other person’s tone of voice, choice of words, and what they’re talking about. We hear them, but don’t truly listen to them. We’re unaware of just how upset they are if we aren’t taking note of how they saying what they’re saying; they may be angry with us, frustrated with life, or making subtle invitations, but if we’re not attentive to them, we’ll miss all these signs. And then we’ll wonder how we missed what they were really saying. We’ll be astounded by our own ignorance, born of the fact that we didn’t listen to them.

Listening to ourselves: Not only do we fail to listen to others, including the ones we hold most dear, but we don’t even listen to ourselves. Our bodies produce all subtle (and unsubtle!) sounds, including the creaking of bones, the chewing of food, the swallowing reflex, and the sound of our breathing. Listening to the breath, for instance, we can determine if we are more agitated than we realize, or discover that we’re not as fit as we previously thought, panting like a randy poodle! The mind can be listened to also, in the sense that we can hear the silence that thoughts, feelings, and memories appear in. Ever had a song that sticks in the brain and repeats endlessly despite our wish that it didn’t? Well, next time that arises, try listening to the silence that surrounds it, and see what happens to the annoying tune.

Listening to the sound of silence: The American monk Ajahn Sumedho has for many years talked of ‘the sound of silence’, an inner sound that can be heard if one quiets the mind to the point that it opens up to the subtlest of noises. This sound is also called the ‘primal’ buzzing or hissing, and appears to be a kind of ringing inside the ears rather than outside of them. It’s a physical sound that isn’t ‘out there’, but rather ‘in here’. Listening to this sound has a calming affect on the mind and helps it to develop concentration also. It gives consciousness something less distracting to focus on, enabling one to let go of other noises as well as the ‘inner voice’ that normally rambles on about every little event that occurs in our lives. It leads us to the real silence that’s found not in tranquil surroundings, but within ourselves.

Listening to the silence: This silence is with us always. But usually we’re unaware of it because we never listen out for it. We don’t know where to look for this transcending silence: we never imagine that it could be found inside ourselves. Once we’ve become alive to it, we can focus on this silence and notice that all sounds arise in it, whether the sounds of nature or of humanity, whether outside of us or within us. This silence is ever present if we have the skill to listen to it. It’s a peace that we take with us everywhere we go, but are normally completely oblivious to it! It puts all our delusions and desires into perspective, as objects in audio-awareness. They lose a lot of their power to disturb us, seeming much less important in this sea of tranquility.

So, true silence is found whatever audio objects can be heard. Even in the deafening din of loud music, the silence is still here, as calm and unaffected as ever. If the mind can be turned away from particular noises to that in which they exist, then a radically different way of experiencing oneself and the world will be discovered. Those distracting sounds will lose their power to disrupt the contentment that lies at the very heart of every human being, and is waiting to be found and fed upon. For feeding on this silence leads us to our real home: peace. This can be achieved by truly listening to the world, others, ourselves, the ‘sound of silence’, and ultimately silence itself. And this silence is one that can never be disturbed, whatever the cacophony that inhabits it!
Posted by G at 12:00 AM