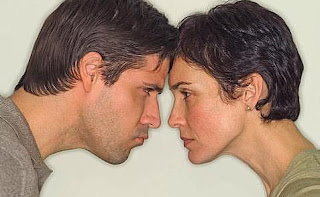 Buddhists, like other people that identify with a particular group, naturally associate with other Buddhists where possible. ‘Practice’ takes place in special places such as temples and retreat centers with other Buddhists, and when not in such focused environments we can tend to feel apart from mainstream society. Most people don’t meditate, study sutras, chant, or cultivate mindfulness, and consider those of us that do with some scorn or perplexity. We are strange in their minds, and they may appear somewhat shallow or base in their habits and interests to us, if we aren’t heedful of our own thinking processes. A divide can exist between Buddhists and others, or between ‘us’ and ‘them.’

Even within our families, perhaps especially within our families, an interest in Buddhism can be seen as exotic, unusual, or just plain weird. In , it’s often considered weird to be openly religious or spiritual, anyway, and this opinion exists within highly secularized families as much as in society at large. I recall my own family concerned when as a teenager I became interested and involved with Buddhism, my mother in particular worried that I’d be exploited or brainwashed in some way. She seemed to think that cultists were out to get me, and turn me into a kind of mindless follower of some odd secretive sect. In truth, being mindful and not mindless is the central focus of the Buddhist teachings, but then the Buddhadharma is not widely understood in many ‘Buddhist’ countries, let alone in the West.

It may surprise you that this lack of understanding is true here in , also, despite government statistics claiming that roughly 95% of Thais are Buddhist. When told that I meditate on a daily basis, the usual reaction from Thai people is astonishment; admittedly, this level of surprise is related to the fact that I’m a white-skinned foreigner, and Thais never dream that a Westerner would meditate. Having said this, even native Thais are considered unusual if they have a regular meditative discipline. For, as in most countries around the world, gambling, clubbing, drinking alcohol, dancing, and sexual promiscuity are much more common in ‘Buddhist’ than the widely-considered esoteric arts of meditation and mindfulness.

Is this perceived divide between Buddhists and others caused by ‘them’ or ‘us’? Or, is it in fact caused by both? Whichever it is, it goes against the teachings of Buddhism to view people that don’t walk the Buddhist Path as different or deficient in some way. On the level of our humanity, we are all suffering, and whether Buddhist, Christian, Muslim, Hindu, atheist, agnostic or whatever, we deserve understanding and compassion. At the very least, a little goodwill is called for. The neighbor that bugs you, the rude shop assistant, the judgmental relative, the unreliable friend, the abusive lover – they are all suffering. True, they may well cause us to suffer too, but such actions are caused by their ignorance, just as we cause suffering through ours.

Next time you’re with someone who’s annoying you, take a good (mindful) look at their face: do they look happy, relaxed or content? Or, do they have a somewhat pained expression on their face, as though their negative words and actions are coming out of an inner reservoir of pain and suffering. Of course, the natural response of the ego to being offended by someone else is to blame them for the suffering they are causing. We condemn them for their selfish behavior, argue back at them, and sometimes wish them ill. But, if we use mindfulness to actually take a good look at them, we can see that they are suffering too. They are blaming us and attacking us just as we might do the same to them, and it’s all coming out of a lack of insight and genuine compassion.

As well as taking a closer look at those that seem intent on hurting us, we can benefit from turning our attention around 180 degrees and observing our own reactions to them. What feelings and thoughts arise in the mind when we are confronted with aggression, anger, sarcasm, rudeness, and the like? Is there understanding of why this person is acting the way they are, and compassion for their underlying suffering? Or do the old, familiar self-defensive reactions come up, returning like for like? Actually noticing the emotions and thoughts that surface in such circumstances can be both eye-opening and liberating. We see what the human mind is really like, and we gain insight into possible ways to transcend the mutual negativity that exasperates confrontational situations.

Being perpetrators and victims of suffering is our lot on the human level, and to counter all this pain with some kindness will not cause it all to suddenly cease, but it will make it a little more bearable for us. Simply deciding to be kind has its limits however; to radically alter our lives for the better it needs to be counterbalanced with at least a modicum of wisdom or understanding. Such knowledge is not the exclusive property of Buddhists and Buddhism, and we should have the humility to learn from whoever and wherever lessons on love may come from. Such opportunities may occur in the most unexpected places, with people that are not Buddhists, let alone recognized Buddhist teachers. Being mindful can assist us to recognize these opportunities.

In this sense, Buddhist ‘practice’ is wherever we happen to be in this moment. If we are awake to the present, the angry driver behind us can be just as inspiring as the great teacher before us. Certainly, temples and retreat centers can have positive effects on us, and the opportunities to visit them can be wonderful occasions, but it is in the every day moments of our ordinary lives that the Buddhadharma can be truly lived and shared with others. Of course, if people do not practice Buddhism the way we do, overt discussions and displays of Buddhist practice won’t be appropriate, but this can be a good thing. For, rather than pontificating on such Buddhist ideals as kindness, wisdom and compassion, we have the chance to live them. And, then we can see that there’s no ‘us’ and ‘them’ in Buddhism.

In theory there should be no us and them, but due to people’s blind attachment they create it for themselves.

The basic behavior for everyone, irrespective of religion or belief, is to be polite, but most people cannot even manage that.

Some Buddhist monks, unfortunately, only have one eye, and insist that only one particular Ajarn’s teachings are correct. My own personal answer to this, although I don’t actually use it as an argument in real life because it would not be polite, is to think “If such an Ajarn is so smart, how come his followers are so dumb!”

Those with two eyes recognize that many teachers teach correctly, although not all. In reality, the sign of a good teacher is that he or she has good students, and these students recognize the broad scope of correct teachings within Buddhism and do not blindly follow the cultish beliefs of the few.

If you follow a sports team then you can be forgiven for being a little cultish, and if you have experience with a particular teacher then you can be forgiven your attachment, but to say that only one teacher has it right and everyone else is wrong means that you have serious problems, and if you happen to be a monk or a nun then perhaps you should try another vocation as such beliefs do not belong in Buddhism.

One particular trait of enlightened teachers is that every one of them teaches exactly the same thing, albeit in their own particular style; there is no Dhamma according to Ajarn so and so, there is just the Dhamma that reflects the nature of all beings.

As for us and them in daily life then you are correct, kindness has its limitations with some people, but we can at least be polite, even if it means going on our way and saying nothing.

Your post reminded me of a saying I heard:
There are people who claim to be religious and then there are religious people.
But by mentioning that saying, does that imply an us and them?

I share your appreciation of politeness, Gladstone. Being polite can merely be an attachment to presenting a particular image of one's self to the world, or alternatively, come from a fear of being disliked or perceived as different. It can also come from compassion, however, not wanting to cause suffering by offending people, or from wisdom, knowing that by offending people we can cause difficulties for all concerned.

I also relate to your words, "Beliefs do not belong in Buddhism," Gladstone. For, even though some belief or conviction is required especially at the beginning of Buddhist practice, once we really get going, it's experience and confirming the efficacy of the teachings that count, not belief. The proof is in the eating, as they say. (Whoever "they" are!)

Words by their very nature can imply things that weren't intended when expressed, POD. (See the comments to the post 'No Ajahn Chah Day' for an example of this phenomenon!) As for being "religious", I'll leave that particular label alone, as walking the Eightfold Path doesn't imply being "religious" at all!

Thanks, Lorem.
And thank you too for linking to it on Losing the Frog, which is itself a good Buddhist blog.

Your "US" is someone else's "THEM",
so rest assured you are covered on both sides!

Neatly put, Was Once.

After reading this, I can't help but hear that ol' Pink Floyd song in my head:

"Us
And them
And after all
We're only ordinary men..."

Thanks for writing this. I feel often alone in a mostly Christian nation and I often need to remind myself not to get too hung up on words like "Buddhist" and "Christian". I'm going to post a link to this in my blog. It's just too good not to share! :)

Ah, Pink Floyd...Wish You Were Here!

Thanks for the kind comments, Rafael. If anyone wants to check out Rafael's Buddhist Blog, please click here: Pinoy Buddhist

But why only two thumbs?