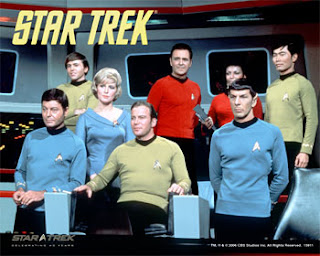 In the famous opening sequence of that seminal science fiction TV series Star Trek, it’s central character Captain Kirk would recite the following lines: “Space: the final frontier. These are the voyages of the starship …” He would go on to state that he and his crew were exploring “strange new worlds and civilizations”, and were to “boldly go where no man has gone before!” What stirring stuff! And, as it happens, not that far away from the ongoing voyage of discovery that the Buddha encourages us travel in the Tripitaka. The world that we are to explore is this world, of course, and the civilization is our own, not some distant alien one. And, at the heart of all this, lies the journey of self-discovery (or not-self discovery!) that promises to liberate us from the ignorance that causes our unenlightened states.

Unlike some lucky (?) persons that claim to have met extraterrestrials right here on Earth, I’ve only had the pleasure of earthly acquaintances, and the two most impressive earthlings that I’ve met in my journeys thus far are the forest monk Ajahn Sumedho (1934 – present) and the British ‘philosopher’ Douglas Harding (1909 – 2007). I’ve had the privilege of meeting both men on several occasions, and cherish the memories of my encounters with them. I have met Ajahn Sumedho a few times at Amaravati Buddhist Monastery in the , and I met Douglas Harding several times during the 90s, staying at his home near Ipswich in , as many, many people had, due to his enthusiasm for sharing his particular insight.

The main similarity between the two men is that in their teachings and methods of mindfulness they have emphasized the direct experience of spaciousness as a liberating force in one’s practice. In an age of rapid scientific advance, when spacecraft speed through the solar system and human life is extended by use various technological developments, these two men have pointed out “the final frontier” as famously talked about in the TV series Star Trek. Well, almost. The difference being that the final frontier in Star Trek was ‘out there’ in the expanses beyond the Earth, whereas Ajahn Sumedho and Douglas Harding have spoken of a space that’s much closer to home. In fact, it is our home. 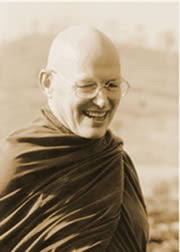 One of Ajahn Sumedho’s innovative mindfulness practices is called noticing space, and consists of retuning the focus of our awareness in daily life. Instead of placing attention on people, animals, buildings and other objects, one focuses on the space that lies between them. So, observing your surroundings now, rather than homing in on the shapes, forms, and colors of the things before you, become aware of the space that they are in. Things are limited by their nature: they are so big, they have a certain form, and they reflect specific shades of color. Space has no such limited and limiting forms, for it is limitless; even scientists say that it is immeasurable. Being attentive to the space around (and between) things creates a spaciousness of consciousness, where it no longer appears so constricted and confining, seeing its mental and physical objects in a much broader context than before. 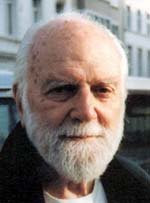 Douglas Harding had a different way of exploring the final frontier: turning attention around 180 degrees, we look back at that which is looking. Rather than finding a face or head we find…well, what do we find – why not look for yourself right now? Point at an object in the place where you are. Take note of its size, shape, color, etc. Now, slowly turn the finger around to point back at where your face is. What do you see? As for me, no face is found, nor a head on which it would be stuck, for that matter. Pointing home right now, I find a big space where I thought I’d find a face. And yet, this spaciousness does include my face, however, in the form of tactile sensations such as itches and the air brushing against the skin. But these sensations arise in awareness, with no gap between themselves and their ‘container’ – the interdependence of all things is experienced in the here-and-now!

Being mindful of this spacious awareness through the day is a liberating experience, freeing one from the self-conscious idea of walking around face-to-face with the world. In actual experience, there is no dividing line that separates me here from you there; it all occurs in an undivided awareness. Combing these two space explorations - the first being the space over there, the second the space right here - inseparable from each other and the objects that they contain, is a powerfully liberating experience, freeing us from the delusion of being merely an isolated human being here up against a (largely) hostile universe over there. 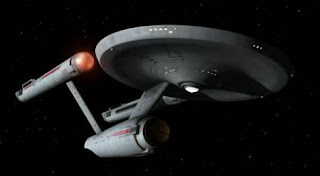 In Star Trek, Captain Kirk and the crew of the Starship Enterprise explored the depths of outer space, constantly facing danger from deranged aliens and cosmic forces, with characters often dying at the hands of extraterrestrial evil. In taking note of the final frontier that is the space that surrounds objects, as well as being at the heart of what we really are, we find that we are those ‘aliens’ and ‘monsters’, and that they deserve our compassion & wisdom as much as any earthling. Living in mindfulness of the final frontier of this ‘Buddha Space’ we can see the habits and conditions that usually confine us to a life of separation & suffering, realizing that they do not constitute a separate self. What we are left with is our true identity which is to be experienced by those ‘Buddhanauts’ that are willing to explore the very limits of space. How are your explorations going? And how about the starship Buddhism – is it proving a worthy vehicle for this ongoing mission?

This is a reworking of an article that first appeared on the blog 'Forest Wisdom' back in September 2007.

I can't help but to enjoy your writing style Gary. I never got into Star Trek but the way you weave in Buddhist practice with that series seems to flow seamlessly. It's admirable that you still have a lot of respect not just for Buddhist teachers but for Mr. Harding as well. It echoes a lot of what the Buddha said about paying homage to teachers that have helped you no matter what tradition they are from. All in all good stuff. I don't think I ever encounter "extraterrestrial evil" but there are some aliens of my own creation to battle from time to time. I wish you well.

Respecting our teachers is important, isn't it? Not just those overtly 'spiritual' teachers, but also people like our parents, grandparents, secular teachers, wise friends, etc. That's why I started the rather intermittent blog 'Khun Por', to show respect to a man who was a teacher worthy of recognition as any other.

As to the 'aliens' within, we can be grateful to the Buddha's teachings for showing us how to deal with them!

Be well in the Dharma,
G.