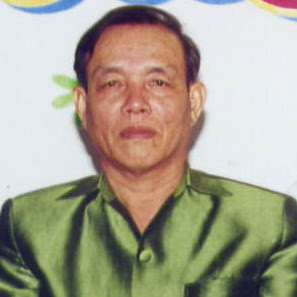 Khun Por (1948-2008)
Recently, my father-in-law died after a long struggle with both severe diabetes and renal failure, the latter requiring regular dialysis treatment. He was a great man that had a big influence on me, as well as on many, many other people who sought him out for advice on all sorts of things from how to fix their car to how to bring up their children. Khun Por ('Father' in Thai) was the perfect example of how a Buddhist should behave; he was honest in all his dealings, kind and generous, modest, calm and considerate, and didn't use intoxicants. Thank you, Khun Por!
Posted by G at 11:11 AM

I'm sorry to learn of the death of such an important figure in your life.

In the Korean Zen tradition, upon a death, we invoke the name of the bodhisattva who aids travelers and the deceased:

May Khun Por have an auspicious rebirth!

Thank you for your good wishes, Barry & Anna.

The Korean Zen tradition invoking Jizo/Jijang Bodhisattva to help the departed on their way is a lovely one, Barry. And thank you Anna/Solitaire for your kind thoughts, too. I'm sure Khun Por is indeed destined for a good rebirth.

May all beings be at ease!
G

I'm not very good with grief or dealing with people too much so I will not say much about this other then I wish you and your family well in your loss Gary. I'm glad that this gentleman was a positive force in your life.