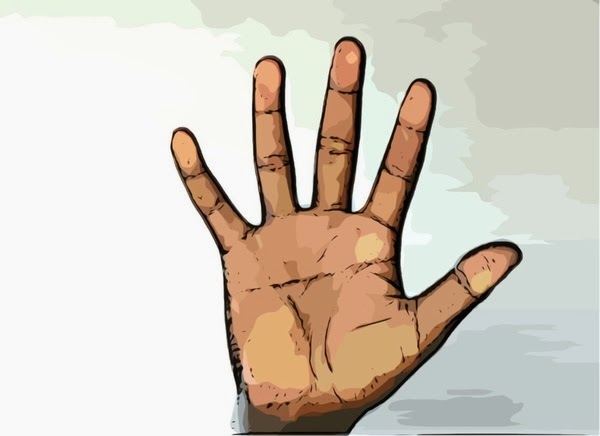 At the core of Buddha's teachings are the five precepts. These moral undertakings underpin Buddhist practice, giving meditative practices a sound ethical foundation upon which to build. Adhering to them leaves us without anything major to feel guilty about; we can rest easy not only at night but also when on the meditation cushion. Such peace of mind is crucial to meditation practice, for if we try to meditate with an agitated, guilt-ridden mind, we are bound to hit an almighty wall of resistance to any deep meditative progress. Our internal ghosts will come to haunt us sooner or later, causing inner strife and disharmony.

Of course, turning attention around from the inner to the outer world will reveal much that is good about the five precepts that is to be lauded. Keeping them not only creates a healthier, happy inner world, but also helps to create a happier, healthier outer one, too. Our relationships with those that we come into contact with, both close relations and those we know less well will benefit profoundly. We will be a much nicer person to be around, and not only will we be happier in ourselves, but others will feel better too. So, what are these five precepts that Buddha gave us? Let's take a look:
Now, several of the precepts may seem pretty straightforward, but it will help our investigation of them to explore exactly what each one entails so that we're clear on them before reflecting further on their implications. Not to kill doesn't just just include human beings, but, reflecting the Buddha's compassion for all suffering beings, it also covers taking the life of any sentient being. Now, what does Buddhism mean by a sentient being? Well, alongside humans and other animals (mammals, birds, reptiles, amphibians, fish etc.), it also includes any creature with a brain (no matter how small that piece of 'grey matter' might be). So, insects and other tiny creatures are included, too. No deliberate killing of any sentient being whatsoever.

Not to steal covers not taking what clearly belongs to others, whether individuals or collectives such as companies or countries. It also means not taking what might belong to others; we should be clear in our mind that what we have wasn't stolen. Sexual misconduct in Buddhist understanding covers forced sex of any kind, sex with minors, those non compos mentis, animals and people that are already married or spoken for. It also includes people that are under the protection or guardianship of others, so sex with a young person living at home would come under this category too. Unless already married (or committed) to one another, only those free, adult, sane individuals are eligible for a sexual relationship, and even then, the relationship itself should be respectful and not abusive.

Not to lie means either telling the truth, changing the subject, or keeping quiet. Bending the truth or telling half-truths is still lying, representing something as true when knowing that it is not. Doing this to protect others or oneself from danger is generally thought of as an acceptable alternative to allowing a worse thing to happen, but in general lying leads to a guilty mind in conflict with itself, and if we're not conscious if this before we take up meditation, we will be afterwards. Be warned! Not to take intoxicants means abstaining from alcohol and the recreational drugs. Medicinal drugs that have mind-altering side-effects are acceptable, as there's no need to neglect one's health for the sake of the fifth precept, but we must be clear to our motives for taking such substances, and not abuse them. Having a clear, sober mind helps us to maintain the the four precepts, as getting 'out of our heads' can easily lead to a breakdown in moral standards (as many of us are acutely aware!). It also assists clear, mindful seeing in both meditation and mindfulness practices.

These are just some of the advantages of keeping the five precepts, which not only help those that keep them, but also others that they come into contact with. This latter point hints at a broader application of the precepts at the level of society. Imagine if everyone kept the five precepts? No killing of people or animals; no stealing; no sexual abuse; no lying; and no drunken or drugged behavior. What a peaceful, safe society this would be. Furthermore, imagine countries abiding by the five precepts; no war, no deceptive diplomacy, no invading of another country's territory, no sexual mistreatment of foreigners. What a wonderful vision! Impossible? Perhaps. And yet, even if a minority of humanity keep the five precepts, they benefit both themselves and the world in so many priceless ways. Not following the harmful behavior of others, but by taking the lead and living by these five precious precepts that can help free us from the bondage of these suffering selves.
Posted by G at 12:00 AM

It was a small light-bulb moment when the precepts were no longer more rules to follow, but they actually helped to reduce suffering. Stopping all alcohol was the last thing to drop, since I was not an abuser....but it came down to realizing that happiness doesn't need props and I asked myself am I happier drinking than not? A quick head tilt followed that it was distracting me from a logical and kind head. And even greater appreciation for Buddha's teaching also grew. It helped that the Abbott who stressed to me after disrobing, said of all the precepts this one is most important to keep, as others will spiral down when not followed.

It is interesting that you have not so bright but caring people going around saying that if we all sit in meditation and keep on repeating the mango, banana, pineapple mantra, then it will bring world peace.

Then there are the government envoys who receive big salaries for trying to bring about world peace, and usually create the opposite.

Basic morality is the only source of world peace; not so hard, just that many people are not very bright.

Thanks for the comments. Yes, precepts/basic morality can make radical changes both individually & collectively. Meditation also has its place in creating calmer, more peaceful minds, too. Although, I agrree, Anonymous, that chanting a fruit-themed mantra might not produce the desired effect! ;)